How To Increase Productivity and Motivation In Your Employees

4 Ways To Give Employees More Of The Control They Want

Leaders know the dangers of micromanaging, and most try to avoid it. But even if they’re not micromanaged, employees may still feel they don’t have a voice at the office, suggested a survey from Unify, of 9,000 workers in the United States, U.K., and Germany. In the study, released in March, 95 percent of respondents said that their ideal future workplace wouldn’t be “controlling.”

Employees have managers for a reason, but handing over the reins and giving employees more control can make for happier, more engaged employees. Here are a few ways to do that:

1. Let employees choose what they want to be an expert in.

Most development programs train employees to take on the next position along the company career path. The employer looks at its needs and develops employees to fill them. While this kind of training and development is important and contributes to job satisfaction, it can also have a negative effect, by pigeonholing employees.

Employees want more opportunities to develop their strengths and then use their skills in a meaningful way. This was reflected by a Society for Human Resource Management (SHRM) survey in November and December 2015. In that study, 55 percent of U.S. employees surveyed rated opportunities to use their skills and abilities at work as a very important contributor to job satisfaction.

Also, a 2015 survey from Michelle McQuaid and the Via Institute on Character found that employees perform better and are more engaged in their work when they and their managers focus on building their strengths, rather than improving their weaknesses.

The takeaway: Instead of telling your employees which training they should complete, or what they should specialize in, allow them to determine their own career paths. Give them a say in what skills they want to develop and what training they’re interested in. Talk to employees about how they see their role evolving with the company, and choose related development opportunities.

In a typical work day, employees are told what they need to achieve, when it needs to be done and how their work should be done. While deadlines are inevitable, giving employees the choice to take on tasks they want to do can improve their satisfaction and their performance.

Giving employees this autonomy is motivating, an article published last December in the International Journal of Psychophysiology suggested. In the study, one group of employees was assigned a task and a second group was allowed to choose tasks of equal difficulty. The employees given a choice said they felt a greater sense of motivation to get the task done.

The takeaway: Instead of telling employees what they have to work on, then, allow them, whenever possible, to take on responsibilities that relate to their goals. When projects have the same priority, let employees choose which one to tackle first. These decisions may seem small, but they can make a big difference in employee happiness and motivation.

Employees want not only more control of what they do but also a say in when and where they work. In fact, 30 percent of respondents to a 2015 FlexJobs survey said they would take a 10 percent, even 20 percent, cut in pay for flexible work options.

Employees want a less formal work environment that allows them to work in whatever way is best for them — 90 percent of those surveyed by Unify called an informal workplace ideal.

The takeaway: Focus less on when employees work and what they get done. Give them control of their schedule and environment to make work more productive and enjoyable.

4. Give employees a voice.

Employees are used to being reviewed and evaluated. They sit down with their managers in a formal review a few times a year, and they’re told what they need to work on. Often, this is a one-way conversation, where supervisors discuss employee performance.

Yet even if those employees are invited to join the conversation and offer feedback, the pressure of the review may make them feel uncomfortable about doing so. After all, just 45 percent of North American employees surveyed by Achievers in 2015 said they trusted company leadership. And, if employees don’t trust their leaders, they’re unlikely to speak their minds, offer suggestions or bring up any problems.

The takeaway: Instead of the traditional manager-led, formal review, give employees some control back by making reviews a two-way conversation. Forget the yearly review and adopt an ongoing feedback process that both leaders and employees contribute to.

Tools like BlinkEval can make continuous feedback feasible on both ends. The platform allows users to submit real-time feedback to their peers for specific events and projects. That way, employees don’t feel pressured by a formal review and have the space to share feedback with leadership. 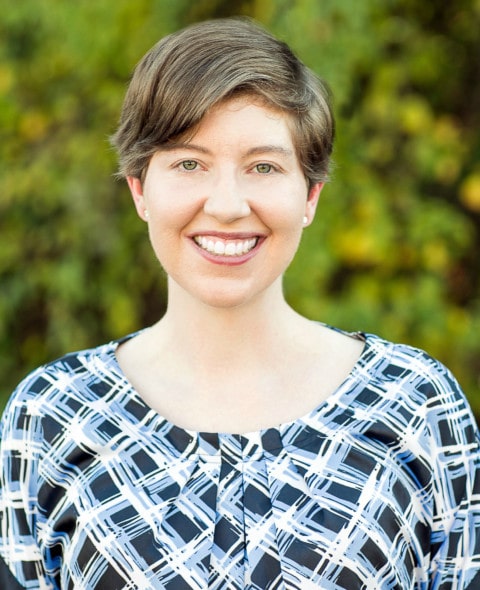