Having fun, playing games, and going to work are not typical phrases you would put together if you’re working in a dental practice. While (hopefully) most offices have teams that like to be around one another and work well together, there can still be day to day scheduling problems combined with lab delays, late patients, insurance questions, supply orders (the list could go on) that make life challenging. Mix all of those facets together, and it’s easy to see how we can forget that we love and are privileged to do. We forget to have fun.

How can we fix the problem? The answer is simpler than you might think.

A team that is encouraged to build relationships outside of the workplace will work together more cohesively and accomplish work-related goals more effectively.

A few years ago, while managing a three-doctor group practice, the owner decided to purchase an additional smaller practice in a neighboring town. This added one new doctor, seven new employees and eight new personalities into our “happy” family. We already had three doctors and 14 employees so the move really shouldn’t have been a big deal, right?

There were a few mistakes made along the way (along with some unforeseen circumstances) that would cause some ripples, or perhaps RIPTIDES among the team over the course of the next few months. It was also a time of contention between the doctors and me. Looking back, there were three key factors that all of us unknowingly participated in that were the root cause of our unhappiness.

The 3 “D’s” that almost DESTROYED our practice:

DIVISION – Even though we would now be sharing two of the dentists between both locations, our senior doctor was determined to keep the two practices completely separate, wanting very little communication between them. This move ultimately created animosity and resentment between the two teams.

DISAPPOINTMENT – We had a bonus system in place that was based on monthly collection. This formula eventually plummeted at the original clinic when doctors started dividing their working hours between the two locations. A failure to adjust the daily production and collection goals ultimately made the bonus goal completely unattainable.

DISRUPTION – A consultant was hired in the first couple of months to implement the systems that were utilized at the original clinic. We failed to consider that the “new” practice was a 30-year-old clinic where team members had been employed for a majority of that time. By nature, most people are a little resistant to change, and we were completely turning their world upside down almost overnight!

As the leader of both teams, I knew that the morale in each location was on a downward spiral. After almost eight months of tension and resentment, it escalated to an all-time high and was time for an intervention. I went to the doctors with a proposal to start implementing team building activities and possibly even plan a two to three-day office retreat. Initially I was met with opposition from every angle. The doctors did not think that the team was deserving due to the bad attitudes they were exhibiting, and the team was not putting forth any extra effort because of the lack of appreciation they were feeling from the doctors.

Our team was definitely not “Having Fun!”

Pleading with the doctors to trust me to do the job as their manager, I convinced them to allow me to work on building team relationships in addition to the regular job duties and business systems we had worked hard to design and implement. I outlined my plan in three steps:

STEP 1: Schedule a spa day at a local salon and allow the team some time together outside of the clinic to show a perceived overdue sense of appreciation from the doctors to the team. This outing was well received and seemed to prompt a breakthrough while cultivating a renewed/refreshed frame of mind throughout the workplace.

STEP 2: I would plan a 2 ½ day team retreat. I rented an Airbnb, organized a meal plan (having most meals catered by area restaurants), designed t-shirts, and made a detailed schedule of events. This was going to be the team building event of a lifetime!

I show up to our Monday morning huddle eager to announce “THE RETREAT” and excitedly share with everyone that the doctors were allowing me to create this experience for our team. Imagine my surprise when the team was less than thrilled about the idea of spending quality time together. I was not at all prepared for the negative response I received.  Along with several long faces and many grumbles, a few of the excuses that were given were things like: “I can’t be away from my children for two days.” and “Do we have to spend the night? I can’t sleep if I’m not in my own bed.” I knew that they didn’t have a problem sleeping away from home when they took a yearly beach vacation, or that they would leave their children for a weekend girls’ trip. Their excuses were just that… EXCUSES!

In the end, the retreat was still planned. However, it was not mandatory but instead highly encouraged. Only a few members of the team were excited; however, most did attend. The schedule included ice breakers, team building activities (including cardboard boat races), downtime for relaxation and conversation, creative dining experiences, competitive evening games of Pictionary, and ended with team building expert Katherine Eitel Belt. She assisted us in wrapping up the retreat by reviewing the doctor’s “vision” for our organization and reminding us to stay “in the flow.” Afterwards, EVERY team member expressed their appreciation for the retreat. They apologized for being resistant and let us know how much they enjoyed it.

STEP 3: NEVER STOP! After the retreat, while everyone including the doctors were still excited, I made a yearly team building calendar. It included team building and incorporated days for employee recognition and appreciation. At the doctor’s suggestion, the next yearly retreat was planned at the beach in conjunction with our state dental association annual meeting. This allowed the team to take advantage of CE hours. By the third year, rather than dreading it, our team was anticipating our annual retreat. Some even expressed an interest to be involved in the planning process.

We are having fun now!!

This process made a huge impact on the relationships within our team and helped to create a totally different vibe throughout our clinics. The return on investment that the doctors are making in building relationships is significant. Now, the team works more cohesively and efficiently; they are more goal oriented; their problem-solving skills have greatly improved. As practice administrator, I’ve even noticed that they are consulting with each other when smaller issues arise rather than coming to me about it.

“Team building is ESSENTIAL to employee health and a happy work environment; it also flows over into how we treat our patients.”  That’s what one of our doctors said when we discussed how he felt about team building. The same doctor who originally said the team didn’t deserve the retreat because of their bad attitudes, and that they probably wouldn’t participate.

During the COVID-19 pandemic, we are working hard to ensure our team stays connected, informed, and calm. We are a family, and we want to reassure everyone that we’re here to meet any of their needs. I have had to change it up a bit, but in keeping with the spirit of team building, I’m providing daily activities such as online scavenger hunts, puzzles, and social media games to provide a few laughs and distractions from our current situation. Be forward thinking, be creative, be ingenious, and change the world for those around you! 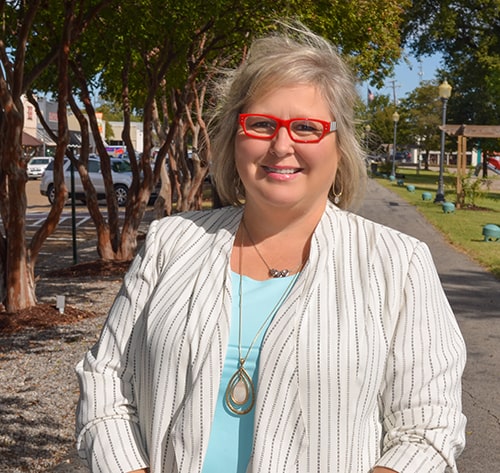 After 21 years in the floral industry, lifetime AADOM member Monica Holder, FAADOM, found her true passion when she made the change to dentistry in 2012. She is practice administrator for a multi-location practice, Lifetime Dental, PLLC, in the MS delta. In addition to managing the clinics, in 2018, she and her doctors started Surety Dental Solutions, where they provide team-building and consulting services as well as file dental and medical insurance for other dental practices.