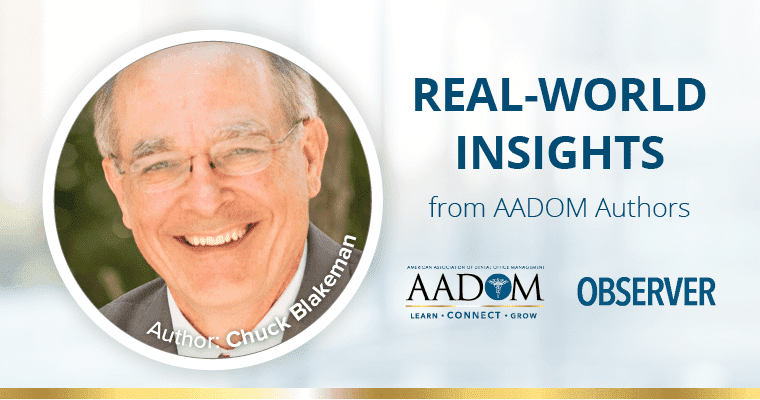 “I’m looking back over the last year, and I’m not sure we’re any different or better off as a practice now than we were then,” Sandra said. “What happened?”

With one question, this practice leader identified one of the biggest issues in dental practice management—we’re so busy seeing patients, solving today’s problems, and trying to make payroll, that the important decisions we’ve had hanging over us for months never get made. We’re too busy reacting to the Tyranny of the Urgent to proactively tackle the Priority of the Important – the decisions that would actually make us a better practice.

I get it. We’re always too busy to deal with the important decisions, but if all we’re doing is continually reacting to the urgent situations, we can expect to be in the same place next year as a hostage of that tyranny. Fortunately, there is a simple solution: make decisions differently than you ever have before, using the three-step better decision-making process.

The most profound things are almost always the simplest. It took me twenty years to figure out the simple process of making any decision, largely because I was trying to make it too complicated. I always found myself “deciding” things that never actually happened.

Here’s what I learned that changed everything:

Every decision actually has three steps, and we almost always only follow through with step one. Let’s change that today. It’s simple, and it’s profound.

Whether you’re buying a new copier or deciding to open a second practice location, here’s how to ensure it will actually happen:

Making a decision is a good thing. But more often than not, we don’t really make one; we just claim we did. Step one by itself is just a head game to pretend we’re moving forward. It’s the one we use all the time to avoid actually making a decision.

When we pick a date for finishing the task or arriving at the objective, we’ve started some exciting wheels in motion that could lead to success. I always put a time of day on it, too, because that starts the clock ticking in my head. But even if the date comes and goes, we can always change it, no big deal.

It’s when we go public that we change. When we invite others to celebrate the date and time with us, we are fully in the game. Going public is like burning bridges; there is no going back. It’s a tough thing to do sometimes, but the focus and energy that comes from going public with your decision and the details can’t be found by any other means.

The second most important question in dentistry

Sandra had known for a couple of years that their dental billing system needed an overhaul. The practice had also been toying with the idea of opening a second location for at least three years. But nothing ever got done—everyone was too busy just getting through the day. This time it was going to be different.

At the leadership meeting, she brought up these two nagging issues again, and of course, everyone agreed they needed addressing “soon.” Sandra said something that got their attention: “I looked on my calendar, and I can’t find ‘soon.’ Maybe we should nail that down.” And the discussion took off. They tackled the collections issue first. Someone got bold and said, “You’re right, we’ve been putting this off because it requires some real focus. Let’s commit to having this done by the end of the quarter.”

Sandra had learned the three-step process for better decision-making well. She replied, “That sounds better, but I’m still looking on my calendar for “the end of the quarter,” and that doesn’t show up either. Let’s see if we can get an actual date, and even a time of day that we will be done.”

The atmosphere in the room changed instantly. And so did the discussion. To truly get this done, they now had to figure out a) what actually needed to happen and b) how long that would reasonably take. They made a list, put dates on tackling each step, and went public with each other. They intended now to have this completed by Friday, March 31, at noon. As a final step of commitment, they shared this decision with the whole practice.

They missed the date. It took them an extra two weeks to get the new process in place. But that wasn’t a defeat; it was a victory. They had been “planning” to change the process for over a year. This time they had focused intention on getting it done in six weeks, and instead, it took eight. Without the actual date and time, they would have continued to limp along with the lousy process. Profits went up immediately.

Over the next year, they began applying this simple principle of better decisionmaking to everything. As a result, it rewired their teams’ brains around a sense of urgency connected to essential things, not just tyrannical tasks. Six months later, they made a date to open the next practice in exactly 12 months from that date and time. They opened it three weeks early!

The key step was never declaring they were going to do something. They became manic about always putting a date and time of day on it and then telling everyone who might be affected that it would happen on or before that time.

It is amazing what happens to us when we take those three simple steps to better decision-making: make a decision, put a date on it, and go public.

“When?” shouldn’t be such an unusual question in dentistry, but there’s no secret as to why we avoid it. It transforms us. We don’t like change, even if we’d make more money in less time by changing. So, we “make decisions” without “commitments” to avoid actually succeeding.

A decision is not a decision until we put a date on it and go public. Until then, we’re just playing office. Want something really bad? Put a date AND time of day on it and shout it from the rooftops. You’re much more likely to get it done! 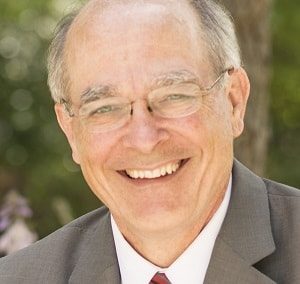 His first book, Making Money is Killing Your Business was rated “#1 Business Book of the Year” and his second book, Why Employees are ALWAYS a Bad Idea has been named one of the “Top Ten Business Books of the Year.”

Chuck uses his experience to help dentists, practice owners, and executives create success. His company, Crankset GroupOpens in the Crankset Group website, inspires and transforms your approach to business, better decision-making, and your future.